Mustang Boys Go 1-for-4 at Tournament 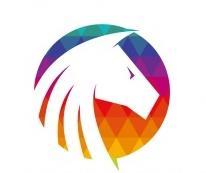 Lucerne Valley’s next game is against Victor Valley Christian at 7 p.m. on Tuesday, January 8 at home.
Staff Report
The Lucerne Valley High School boys basketball went 1-for-4 at the Loma Linda Academy Tournament December 26-28.
In the first game at noon on December 26, the Mustangs lost against Edgewood (Covina) 65-46. The Mustangs, however, poured it on in the fourth quarter with 19 points to the Lions’ 15.
Later that day, at 3 p.m., the Mustangs fortunes changed when they played a familiar foe, Bethel Christian. In that game, Lucerne Valley was the victor, 51-39.
The following day at 4:30 p.m., the Lucerne Valley team were defeated by the Woodcrest Christian (Riverside) team, 58-22.
Finally, for their final game of the tournament during the morning of December 28, the Mustangs went against a hard-charging Calvary Murrieta team. The Warriors lived up to their name running up 13 points to the Mustangs’ 2. Lucerne Valley then outscored Calvary Murrieta for each of the remaining three quarters but came up short, 44-41.
The Lucerne Valley boys’ next game is a home game at 7 p.m. on Tuesday, January 8 against Victor Valley Christian. Lucerne Valley is now 2-2 in league and 7-13 overall.
Published December 29, 2018 Print