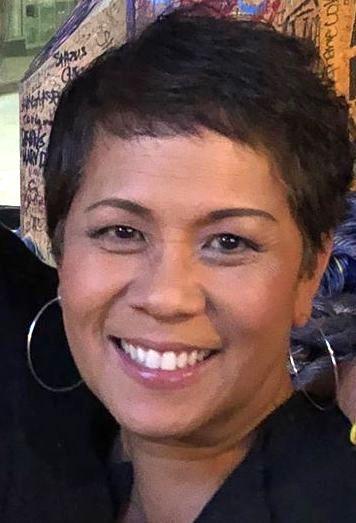 The LOOP project is a national initiative from Ford’s Theatre in Washington, D.C.
Washington, D.C. — Lucerne Valley Middle School teacher Naomi Oyadomari and her eighth-grade students have been selected to participate in the Lincoln Online Oratory Project (Loop), a national initiative from Ford’s Theatre. The Lincoln Oratory Project is designed to help educators introduce the fundamentals of public speaking into their classroom and provides an opportunity for students to put these skills into practice.
As participants in the Lincoln Online Oratory Project, Lucerne Valley Middle School students will participate in three virtual lessons with a Ford’s Theatre Teaching Artist via video conference. Students will work together to create and record a video of one Abraham Lincoln’s speeches. This video will be shared with a national audience on the official Ford’s Theatre YouTube channel at www.youtube.com/fordstheatre.
Classrooms will share their experience with Ford’s Theatre on Twitter during a “Virtual Festival” on Monday, April 15th, 2019. During the 2018-19 school year, 13 classrooms in 13 states will participate in the Lincoln Online Oratory Project.
Ms. Oyadomari got the idea to apply for the program during her summer institute last July with the Ford’s Theater Educational Foundation on the Civil War and Reconstruction eras.
“Our group participated in an Oratory lesson on Frederick Douglass’ dedication speech at Lincoln's Emancipation Memorial in DC in 1876,” Ms. Oyadomari said. “Our instructor from the Ford's Theater Oratory program guided our group of 30 educators in an participatory oration  lesson on Douglass’ speech. It was fun, interacting and helped us delve into close reading of this primary source document. We all came away with a deeper understanding of the speech and a deeper understanding of the man, Frederick Douglass the abolitionist.”
Ms. Oyadomari was inspired by this activity and couldn't wait to bring back the strategies learned to her Lucerne Valley classroom. “I incorporated the strategies with my ELA class as they read the poem ‘Phenomenal Woman’ by Maya Angelou. It was a success!”
Soon after, she received information on this unique oratory project, and immediately applied to be a part of the program. “I was thrilled to find out several weeks later that I was accepted into the program!”
Through oratory education programs like LOOP, teachers like Ms. Oyadomari are better able to address the often overlooked speaking and listening components of the Common Core and state-specific standards in literacy. Additionally, through the study of President Lincoln’s oratory, students develop the valuable life skill of confident and effective public speaking, develop their sense of civic duty, and build a broader understanding of President Lincoln’s historical significance.
One of the most visited sites in the nation’s capital, Ford’s Theatre reopened its doors in 1868, more than 100 years after the assassination of President Abraham Lincoln.
Schools and teachers interested in learning more about the Lincoln Online Oratory Project should visit www.fords.org/for-teachers/programs/oratory/lincoln-online-oratory-project/ or reach out to education@fords.org. For more information on Ford’s Theatre and the Ford’s Theatre Society, visit www.fords.org.
Published October 12, 2018 Print