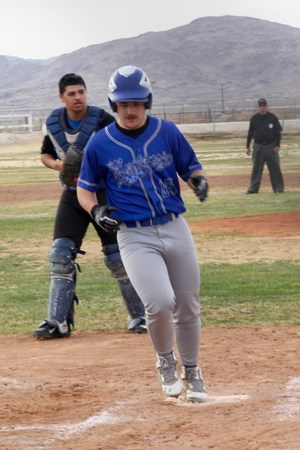 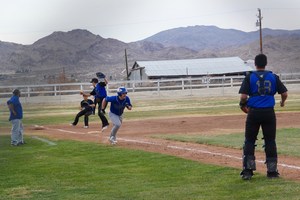 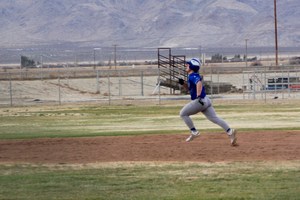 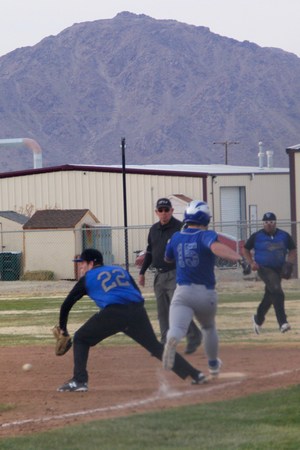 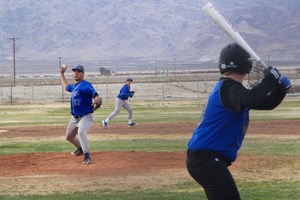 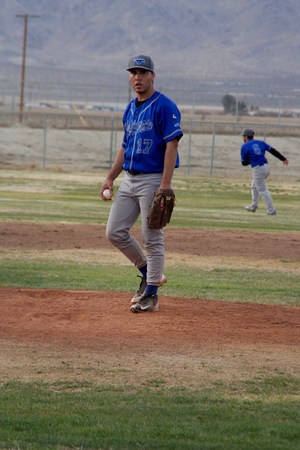 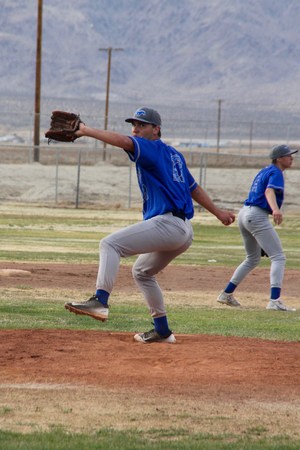 The senior bats for .800, getting 4 out of 5 hits and one run. He is named Lucerne Valley’s “Player of the Game.”
The Lucerne Valley High School baseball team is currently 1-4 overall and played a home game last Friday, March 9, against Trona. The Mustangs lost that game 15-10.
The following were the Mustangs who went up for bat during the game: I. Hernandez (1), Juan Cuevas (10), Joseph Salbino (15), Jake Kline (16), Ignacio Perez (17), Brody Evans (21), A. Velasquez (4), Thomas Salbino (6), Sebastian Medal (8).
Pitcher Ignacio Perez proved to be especially effective on offense, getting 4 hits out of 5 at bats and one run for a batting average of a whopping .800. He was named Lucerne Valley’s Player of the Game.
Multi-sport athlete Joseph Salbino hit for .250, but got a run after a thrilling virtual game of pickle between third and home plate. Joseph’s younger brother Thomas Salbino, only a freshman, had a dynamite game, going 5-for-3 and scoring three runs. Sophomore I. Hernandez was 5-for-1, scoring once.
The Lucerne Valley baseball team goes against Cobalt Institute of Math & Science Academy (Victorville) on Tuesday, March 13 at 3:15 p.m. The team faces Silver Valley in Yermo on March 19.
Published March 12, 2018 Print