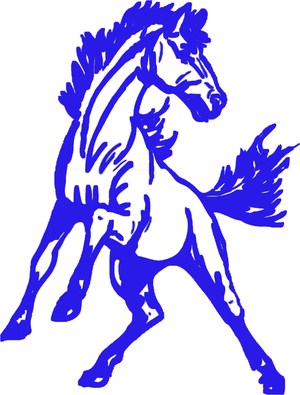 The Mustang baseball season kicks off with an away, non-conference game against University Prep in Victorville on Monday, Feb. 26 at 3:15 p.m.
The 2018 season schedule for the Lucerne Valley High School baseball team has been announced.
The season kicks off with an away, non-conference game against University Prep (Victorville) on Monday, Feb. 26 at 3:15 p.m. followed two days later, on Feb. 28, with another away game at 2:30 p.m. at the Grove School (Redlands).
The Mustangs’ first home game will be on Friday, March 2 against Trona, at 3:15. On March 6, the Lucerne Valley team will face the Serrano High School junior varsity squad. Lucerne Valley will again go against Trona on March 9, this time at Trona High School. The Mustangs will face Cobalt Institute of Math & Science Academy on March 13 at home. Three days later, on March 16, Lucerne Valley will travel to Cobalt for a game.
On March 19, the Mustangs will go to Silver Valley High School in Yermo for a 3 p.m. game. Lucerne Valley will host the California School for the Deaf (Riverside) for a 3:15 p.m. game at home.
The first game in April will be an away game at La Sierra Academy in Victorville at 4 p.m. on April 5. Hesperia Christian will visit Lucerne Valley for a 3:15 home game on April 10. The Academy of Careers & Exploration in Helendale will visit Lucerne Valley on April 17. Then, on April 20, Apple Valley Christian goes against Lucerne Valley at home. The Mustangs travel to Bethel Christian of Lancaster on April 24. The Mustang’s last April game will be at Hesperia Christian at 3:15 p.m.
The Lucerne Valley Mustangs begin their May competition at the Academy of Careers & Exploration in Helendale on May 1. On May 4 the team travels to Victor Valley Christian followed by another away game at Apple Valley Christian on May 8. The final regular season game is a home game at 3:15 against Bethel Christian.
The coach of the Mustangs baseball team is Brandon Barkley. The Mustangs hope to build on their 4-17 won-loss record of 2017.
Published February 12, 2018 Print