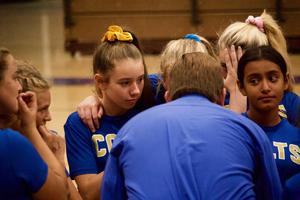 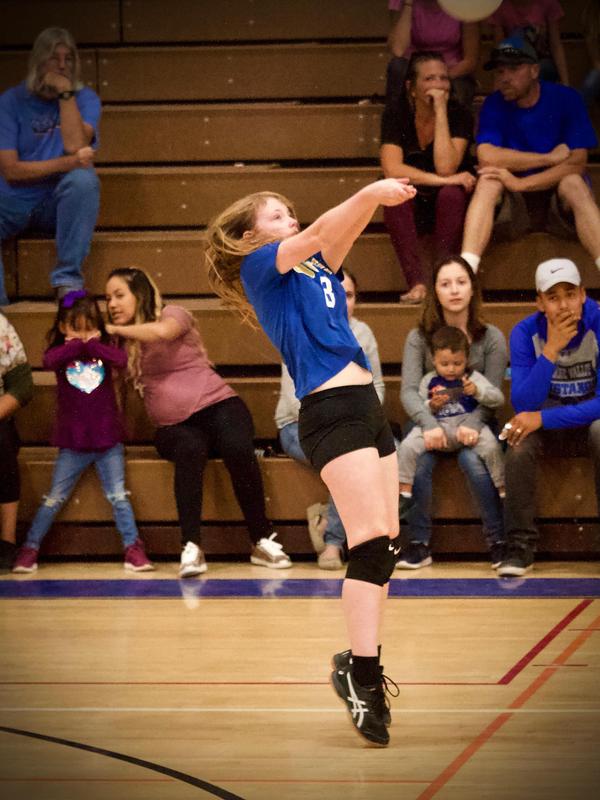 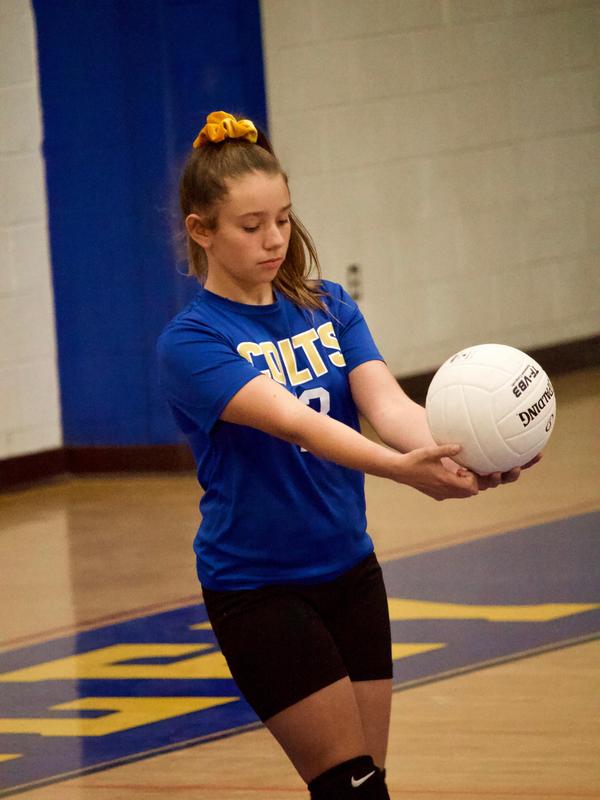 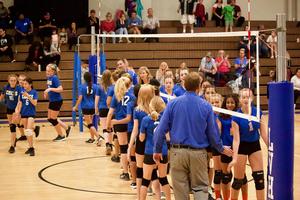 Mustang football travels to Windward School in Mar Vista, starts league play next week against Hesperia Christian.
By Brandon Barkley
LVMHS Athletic Director
Excitement, cheers and heartbreak swirled around the gym last night as both the Middle School Volleyball team and the Varsity Volleyball team played intense matches, giving everything they had on the court!
It all started with the Middle School Volleyball team as they took on the No. 1 team, the Academy of Academic Excellence.  The Colts, behind 8th grader Kayden Davis and her sister 7th grader Zoey Davis, looked focused with a desire to pull off a huge upset on their last home game of the season.
Although the first game seemed to go the way of the Knights, as they were able to get all the close calls eventually beating the Colts 25-11, the loss seemed to have no effect on the girls as they came out and played some of the best volleyball in game two.  With intense, back-and-forth rallies for almost each point, the Colts hung with the Knights the entire game.  A few mistakes towards the end did cost the Colts the game 25-23.  The Knights showed why they are the No. 1 team as they played well in game three to close out the set and the game, 3 to 0, but the score will not dictate the heart and effort the girls gave all afternoon.
Next up for our Colts is their final game of the season as they travel to Hesperia Christian on Tuesday, looking to grab their 5th win of the season.
If the Middle School game wasn't exciting enough the Varsity Volleyball team put on a display for the ages!  After dropping the first 2 games, and the Saints looking for the sweep, our Lady Mustangs dug deep and would never quit!  Senior Brenda Almonte turned it up a notch with her serves, as she helped the Mustangs win game three, 25-14.  After a taste of victory our Mustangs knew they were able to make the full come back and boy did they ever!  In the 4th game, senior Krystian Otwell and junior Leslie Soto would play like the leaders they are and helped guide the Mustangs to a 25-16 win tying up the game.
It came down to the 5th and final set, after the Mustangs took a lead, the Saints came back eventually taking a 12-9 lead before Junior Tatum Fox came in and had four great serves to help the Mustangs take the lead, 13-12, with just a couple points to go, both teams understood what was at stake (a trip to the playoffs) and the rallies showed!  Back and forth for several minutes, neither team wanting to break, but a couple tiny mistakes at the end would have it in for the Mustangs as the fifth set went a bit further and the Saints took it 17-15 and the match 3 games to 2.
Next up for out Lady Mustangs they travel to Hesperia Christian on Tuesday as well.
Today we have two teams in action as the JV Volleyball will wrap up their season with a trip to Lakeview Leadership as they look to even up their record and finish 5-and-5 with a win against the Spartans.  Our Varsity Football will also be on the road as they take on Windward at 3 p.m. today in Los Angeles.  This is our last non-league game before the Mustangs host the Patriots from Hesperia Christian next week.  Good luck to both our teams.
---------------
Photos of the Colt volleyball game by Peter Day. More photos of the game can be viewed at facebook.com/LucerneValleyUSD/
Published October 11, 2019 Print