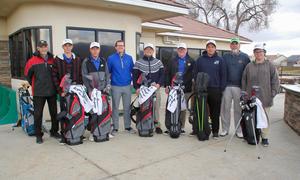 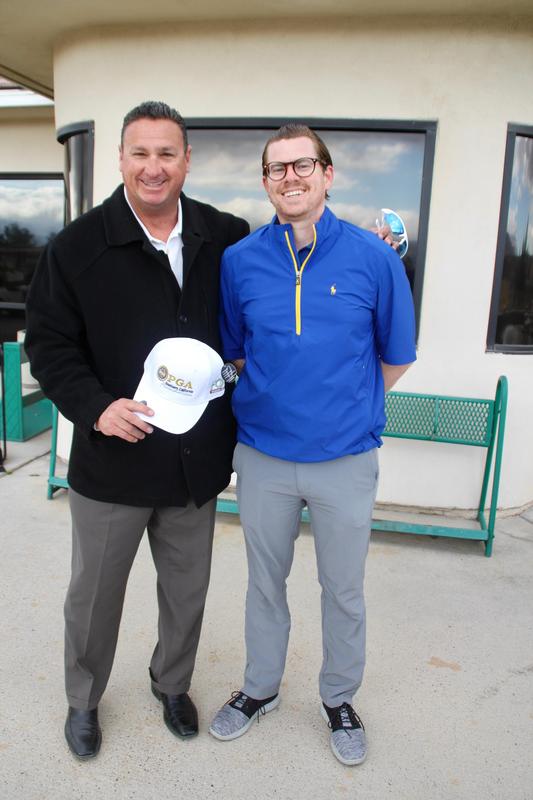 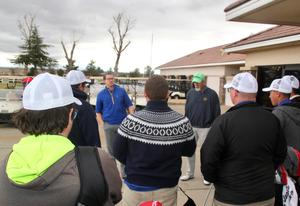 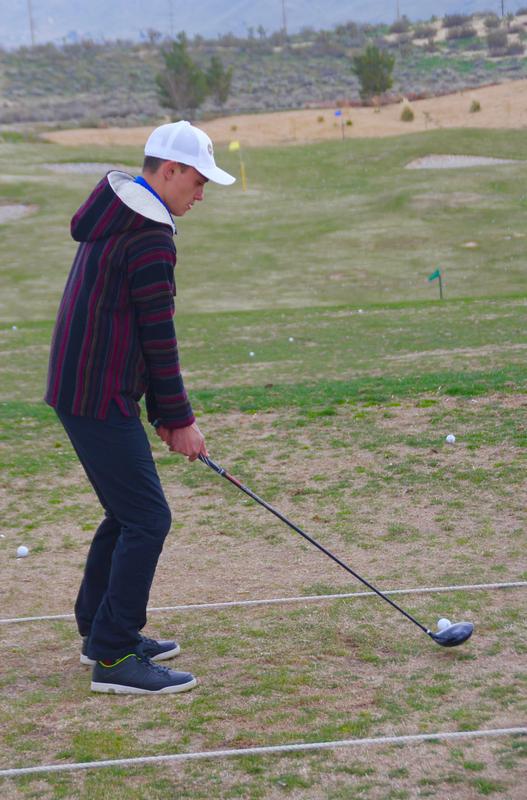 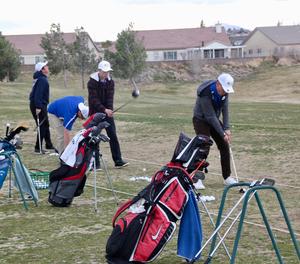 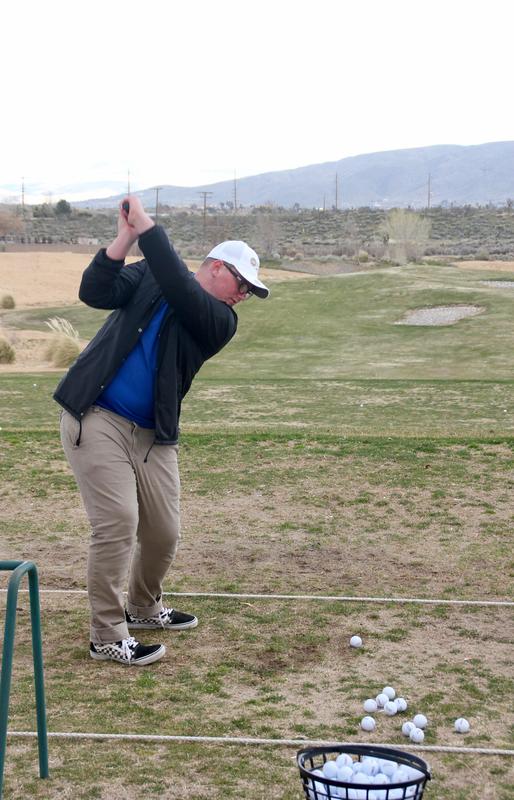 Lucerne Valley fields a complete golf team for Tuesday’s match in Silver Lakes.
By Peter Day
Things are coming together nicely for the Lucerne Valley High School golf team.
Building on the foundation laid last year — the 2018 team was coached by Lucerne Valley Elementary School teacher Chris Pennington — the 2019 squad is double the size and has a new head coach, Bob Kerns. An experienced coach of many sports, Kerns also serves as the high school’s CTE Automotive Technology instructor. Steve Boggio, a veteran golfer who helped out last season, is assisting Kerns.
Not only is the coaching staff in place, but the Mustang golfers have brand new gear courtesy of the Professional Golfers’ Association Southern California Foundation. Last Friday, the windy chill of a looming high desert storm was significantly warmed up when Foundation Director Matt Gilson presented each team member with their own set of new golf clubs at Ashwood Golf Course in Apple Valley.
“It’s a win-win,” said Gilson, who founded the SCPGA’s ClubsForeYouth program in 2017. “They’ll be able to use the clubs during high school and after.” To date, ClubsForeYouth has donated 481 sets of clubs to 72 high schools, Gilson added.
LVMHS Principal Nate Lambdin was on hand to thank Gilson for the generous donation and observe the Mustang golfers’ swings.
“These kids are so deserving and so dedicated,” Lambdin said. “The club donation is something they might not otherwise be able to have.”
Perhaps most importantly, however, the Mustang golf team is double its previous size. Needing five players for competition play, the Lucerne Valley team’s incomplete team forced it to finish its Cross Valley League matches without scores. This season, the Mustangs can compile team scores and compete in league rankings.
“This year we could have some wins,” Coach Boggio said.
The 2019 Lucerne Valley Mustang golf team members consists of returning golfers Jesus Arreola and Audie Mikaluskis, and new players Jack Allee, Austin Garcia, Elijah Lien and Jeremy Smith.
The learning curve is steep for the novice golfers, but they are showing improvement as they practice on the LVHS sports field and get one day a week at Ashwood, the coaches said.
On Tuesday, March 12, the Mustang golf team will travel to Silver Lakes for the first Cross Valley League competition of the 2019 season.
Published March 11, 2019 Print