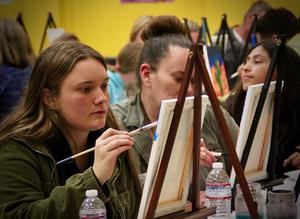 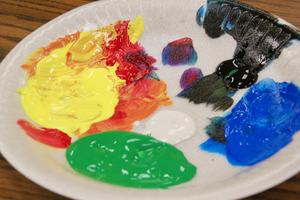 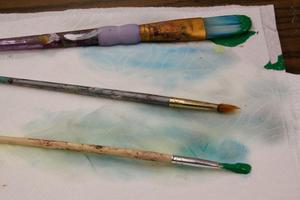 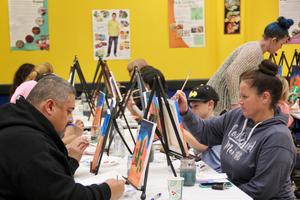 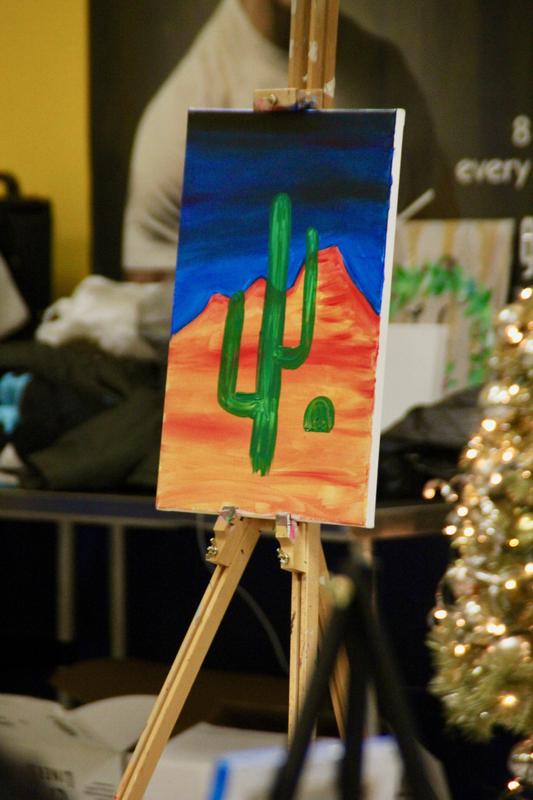 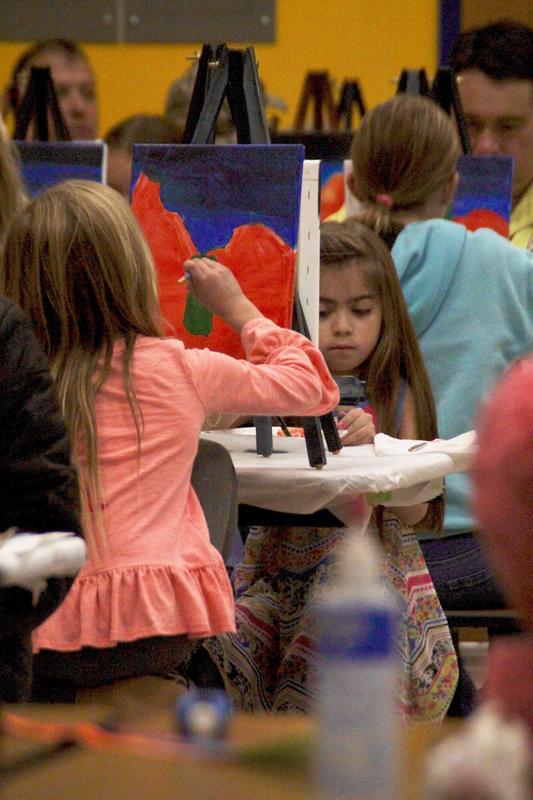 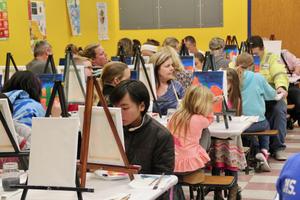 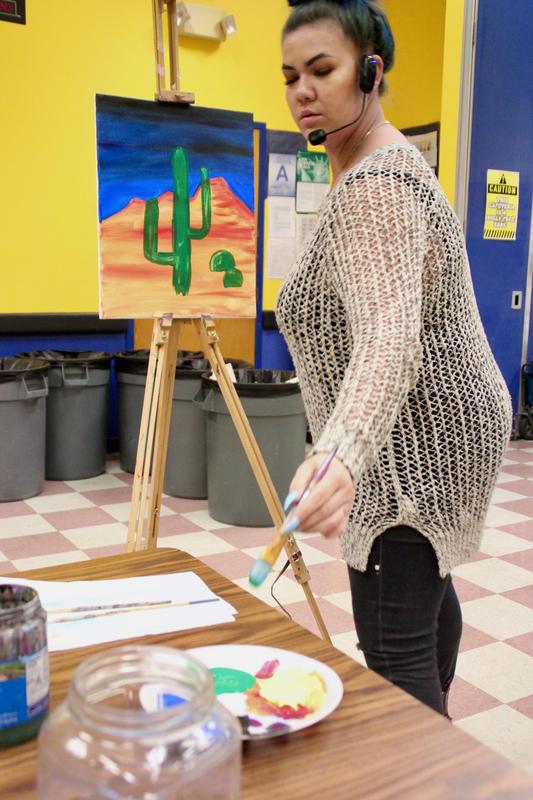 First fund-raiser a success, sets East Coast-bound Lucerne Valley students on their way.
By Peter Day
LUCERNE VALLEY — Inches of rain poured, flooding some Lucerne Valley dirt roads, but the intemperate weather didn’t deter family and friends of the D.C. 2020 Crew from participating in the students’ first fundraiser on December 6.
Organized by middle school history teacher Naomi “Ms. O” Oyadomari, the Paint Party Fundraiser was attended by 45 people who each paid $20 to support the team.
“Some people just came out to paint,” Oyadomari said.
Each participant received a canvas and paints and together they each painted a picturesque desert scene with a familiar Joshua tree taking center stage. The event was taught by Los Angeles-based artist Sierra Hood, who previously led a similar fundraising party for Lucerne Valley’s AVID program. Oyadomari helped pioneer AVID locally and serves as the director of Lucerne Valley Middle High School’s AVID program.
While the nearly $900 raised by the paint party is a good start, each student and their families planning on attending the East Coast trip in 2020 have a ways to go. The total cost per student is $2,800, according to Oyadomari.
But the experience will be a once-in-a-lifetime opportunity for the mostly middle-school-aged students. For one week in the spring of the 2020, the D.C. Crew will see many of the go-to spots. They will witness the history splendor of Boston, Massachusetts and visit New York City. They will go to the “City of Brother Love,” Philadelphia, and see the Liberty Bell and Independence Hall. They will visit the Star-Spangled Banner Flag House where Francis Scott Key wrote the words to our National Anthem. Of course, the trip wouldn’t be complete without a visit to the nation’s capital, Washington, D. C.
“It’s a living history trip,” Oyadomari said.
Besides D.C. Crew 2020 supporters attending the Paint Party, some braved with stormy weather for the simple pleasure. “Some people just came out paint,” she said.
During a brief intermission, those who attended the paint event were treated to fresh coffee, compliments of the Starbuck’s at Highway 18 and Dale Evans Road in Apple Valley, and a wide array of baked goodies on sale with proceeds going to the D.C. cause.
Over the next year and a half, each student will be raising money for their trip and additional community-based fundraisers will be held. When The D.C. 2020 Crew hits Washington, D.C. less than a year-and-a-half from now you can bet they’ll paint the town Mustang blue and gold.
Peter Day is a social media advisor for the Lucerne Valley Unified School District.
Photos by Peter Day
Published December 12, 2018 Print