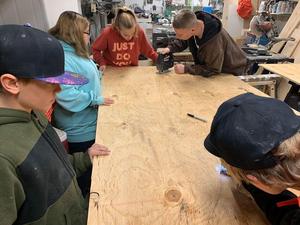 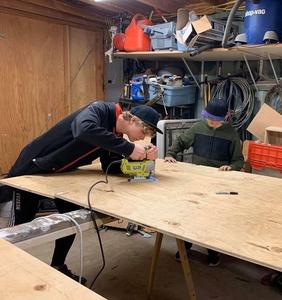 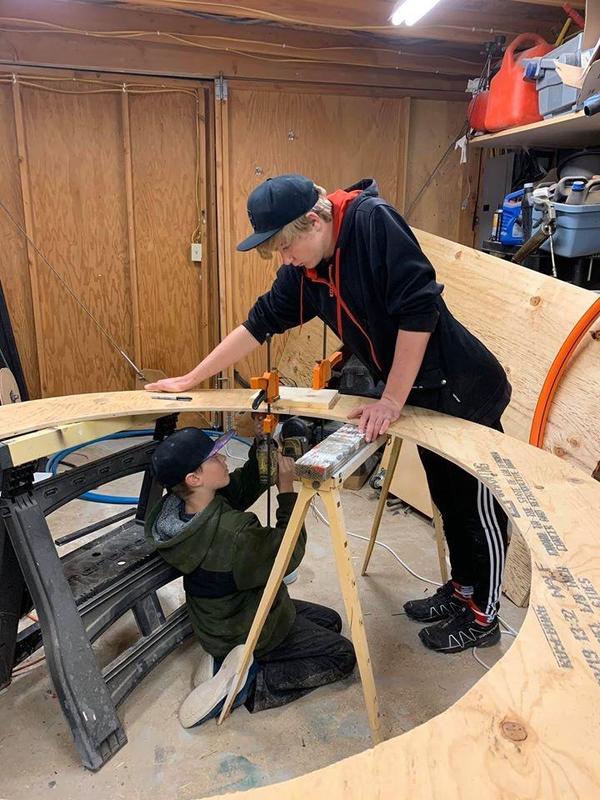 LVUSD Social Media
Lucerne Valley’s (DIDAR)3 team is working hard on their Destination Imagination project, “The Big Fix,” which they will unveil when they compete in the California Regionals on February 22 at Arcadia High School.
Hopes are high that the Lucerne Valley Middle School-based team makes it to DI State competition again this year, which will be held April 4 at the Riverside Convention Center.
“My team decided to step out of their comfort zone and give the technical challenge a try this year, rather than their usual scientific challenge,” said team advisor Victoria Kessler, a Lucerne Valley USD teacher. “Since this is their last year at the middle level they just really wanted to go for it and push their limits.”
Destination Imagination teams compete in one of seven challenges. They include the technical challenge, “The Big Fix,” which Lucerne Valley’s team will undertake, a Scientific challenge, “First Encounter,” Engineering, “In The Cards,” Fine Arts, “Picture This,” Improvisational, “To The Rescue,” Service Learning, “It’s About Time,” or Rising Stars, “Blast Off!” All teams will perform an “Instant Challenge,” which requires teams to engage in quick, creative and critical thinking.
During their challenge, the Lucerne Valley team will learn a variety of skills including character development, improvisational acting, sound design, effective storytelling. They will research superpowers and how they are portrayed in comic books, literature, film, and other media. They must create and present an improvisational skit about a villain who uses a superpower to cause an unexpected situation. Also, according to their “learning outcome” list: the team must include a hero who uses an underwhelming power to try to overcome the unexpected situation. Finally, they must enhance their skit with sounds effects.
The (DIDAR)3 team is made up of four returning members and a new member, a 5th-grader. The team members are Wyatt Perry, Kylee Lambert, Evan Herriman, Emilia Daniels and experienced DI-er Evan Lambert, a Lucerne Valley Elementary School 5th grader and younger brother to Kylee.
Lucerne Valley Elementary, which is led by teacher Marina Chicca-Wilding, has four Destination Imagination teams that are currently preparing their challenges. Information on those teams will be provided at a later date.
Fundraising will start soon in the event the (DIDAR)3 team makes it to Global Competition, which is scheduled for May 20-23 in Kansas City, Mo.
Nearly two years ago (DIDAR)3 won the Renaissance Award of Achievement in the 2018 California State Tournament. The award was given for the team’s solution to a challenge and the design of the “HVROOM.” Also known as the “Pepper-Gram,” the invention is a merry-go-round sound system.
For more information on the regional DI competition visit https://www.caldi.org
Published January 24, 2020 Print